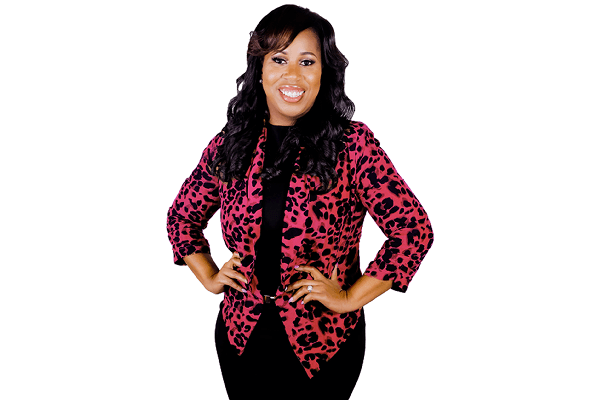 Nicole Garner Scott is a modern day superwoman. Of course, she doesn?t wear a cape or fight villains. Instead, she fights society?s stereotypical standards by defying all odds and recreating the standards. As the founder and CEO of The Garner Circle PR, Nicole constantly raises the bar of public relations and promotes the spirit of entrepreneurship one book at a time.

Growing up on the Southside of College Park, Georgia, Nicole embodied the spirit of an entrepreneur. From orchestrating lemonade stands to selling candy in elementary school, Nicole felt she was destined to be monumental but didn?t know how to define the talent brewing inside her. ?I knew I wanted to do something, but didn?t know what it was called. My father noticed the entrepreneur spirit inside of me and did his best to hone it by providing me with books,? says Nicole.

During her senior year at Georgia State University, her unrelenting passion for public relations and work ethic led her to solidify her first client with Delta Airlines. Not bad for a recent college graduate! When her internship with a reputable company came to an end, the company decided they no longer had the capacity to further their venture with Delta Airlines. When the opportunity was presented for Nicole to manage the project on her own she couldn?t help but to dive in head first. The voicemail Nicole recorded in the prospect of starting her own public relations agency became a full blown reality. Delta Airlines helped to give root to one of the most successful public relations agencies in Atlanta, The Garner Circle PR.

The Garner Circle PR didn?t blossom overnight. Starting out Nicole lacked in financial resources and was forced to fund her business independently. In the true spirit of entrepreneurship, Nicole took it upon herself to learn her craft. She researched and learned every aspect of owning a business from establishing an EIN number to learning the value of sweat equity. Through her research, she was able to learn how to establish a business and most importantly how to run a business. Because of her humble beginnings, Nicole is a firm believer in higher education. Nicole stresses to young adults the importance of really taking advantage of their college experience, ?Be active on campus. In college, you?ll learn interpersonal skills, how to prioritize your time, live below your means, build alliances, and stress management. College teaches you how to live as an adult,? says Nicole.

The defining moment of Nicole?s career came after representing Three Brown Girls, an organization founded by Kim Porter, Eboni Elektra, and Nicole Johnson. The Garner Circle PR went from being known on a local level to nationwide. Her skill was put to the test and her name became a household brand. Thanks to her innovative strategies and numerous resources, she was able to put her clients on popular platforms such as MTV and BET.

Manifesting her mantra to live in her truth, Nicole encourages other women to do the same while slaying the workplace. She created an online media platform entitled, 100 Female Entrepreneurs, to show women their femininity is a tool, not a limitation. Being a female entrepreneur is the furthest thing from an easy task. 100 Female Entrepreneurs provides a safe haven for women from all walks of life to come together and lean on each other for support and advice. ?It?s key to keep reminding the next generation and the generation after of positive affirmations and positive role models, so they can see the possibility of what they can become,? says Nicole. Her foundation, The Pink Lemonade Stand is dedicated to promoting and educating entrepreneurship among young women. The Cosmetic Circus, a business endeavor Nicole started with her best friend is a testament to Nicole?s efforts to keep inspiring young women to go for what they want in life.

You have to stop and wonder, how does she do it? How does she manage The Garner Circle PR, The Cosmetic Circus, The Pink Lemonade Stand, 100 Female Entrepreneurs, and marriage so effortlessly? Simple, she?s superwoman! Luckily for Nicole, along with a supportive spouse, exercising three times a week helps her to remain at peace and manage home and work seamlessly. When asked how The Garner Circle PR stays ahead of the pack Nicole?s response was simple, ?Stay ahead of the curve and never get comfortable.? In reference to basketball Nicole added,? Never stay and gloat about your shoot, you have to keep shooting.? Nicole?s shot record is pretty impressive. Nicole has represented some of the biggest brands such as: The Congressional Black Caucus, ONE Musicfest, XBOX, WE TV, Nike, and many more. In 2014, Mayor Kasim Reed awarded the Garner Circle PR with the Phoenix Award, the highest honor an individual or group can receive from the Mayor of Atlanta. The award recognizes outstanding achievements and service to the city.

Nicole had this piece of advice to share with aspiring publicists, ?You have to understand content and digital strategy at its highest. A year ago you could solely rely on a publicist. Now everyone gets their information firsthand from social media platforms, but you still need a publicist for the level of strategy. You have to know it from a higher level. Your strategy and result driven plan are what keeps you in business.? The epitome of a phenomenal woman, Nicole?s willingness to go above and beyond to spread her wealth of knowledge to empower other women speaks volumes of her character. Anyone would be remised not to acknowledge Nicole Garner Scott as a game changer.

When it’s all said and done, what do you want people to say about Nicole Garner Scott?

?Nicole both sincere and honest lived a very purpose driven life. She was very passionate about opening the doors for women in business. She lived her life very intentionally. ?

You have successfully subscribed to the newsletter

There was an error while trying to send your request. Please try again.